Glaswegian know-how helps Norway race ahead in rush for low carbon warmth A top academic has urged Scots to harness the hidden heat in their rivers using “game changing” heat pump technology – or face being left behind in a technology race with Scandinavia.

Professor Paul Younger, Rankine Chair of Engineering at Glasgow University, encouraged Scotland not to ignore the potential of watercourses and deep mine workings as a source of warmth. Modern heat pumps use small amounts of electricity to turn cool water from rivers and lakes into hot water. Technology developed in Scotland is already being used to heat 2°C water from a fjord in Norway to 90°C.

Speaking before a landmark Scottish Renewables event at Glasgow University, to be held in conjunction with Star Renewable Energy on September 10, Prof Younger said: “As is so often the case, the Norwegians saw the light earlier than us, and heat-pump technology built on the Clyde is now heating the city of Drammen by extracting thermal energy from deep fjord waters. “Meanwhile the Clyde, Forth, Moray, Tay, Solway – our own ‘fjords’, and the source of the word ‘Firth’
– flow by, delivering their renewable thermal content to the open ocean unused while heat poverty is such a problem for so many.”

Heat pumps – hailed as “game changing” by UK Energy Secretary Ed Davey in March – were first described by William Thomson, the first Lord Kelvin, at Glasgow University in 1852. Professor Younger added: “It’s now time for Scotland to focus its attention on the potential for heat pump technology to deliver low carbon heat at reasonable cost. “After all, we should be making the most of one thing Scotland will always have in super-abundance: water.”

Water from underground mine workings can also be used to feed heat pumps. Professor Younger’s research has found that of less than 20 examples of this worldwide, two are in Scotland – one heating homes in Shettleston, Glasgow, and another in Lumphinnans, Fife. The findings were made public ahead of Scottish Renewables’ Harnessing Heat from Rivers event, to be held at Glasgow University on September 10.

The free event will hear from the Department of Energy and Climate Change, the Green Investment Bank, Scottish Government and Glasgow company Star Renewable Energy, who built the heat pump in Drammen, Norway.
For more information, or to register, see bit.ly/RiverHeat or call Lisa Fraser on 0141 353 4986. 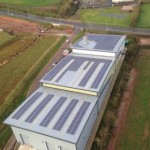 A low carbon heating project led by E.ON working with the University of Exeter and technology providers SK Solar and Star Renewable Energy has today … END_OF_DOCUMENT_TOKEN_TO_BE_REPLACED

This paper investigates the feasibility of heating the University of Glasgow’s campus using a river water sourced heat pump system. The current … END_OF_DOCUMENT_TOKEN_TO_BE_REPLACED

UK firm Star Refrigeration has designed a groundbreaking renewable energy heat pump system to serve a military base in Norway. The Glasgow-based … END_OF_DOCUMENT_TOKEN_TO_BE_REPLACED 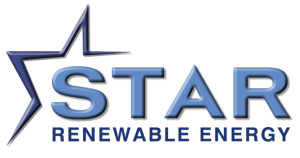 Natural Heat (NI) Limited is a new locally based company who in partnership with world leaders’ STAR Refrigeration www.star@star-ref.co.uk are to introduce their ground breaking renewable energy heating systems, for homes, businesses and industries across Ireland.

In January 2010 Star completed installation of the world’s largest district-wide, heat pump system, providing heat for 250 businesses and community of 60,000 in Drammen Fjord near Oslo.